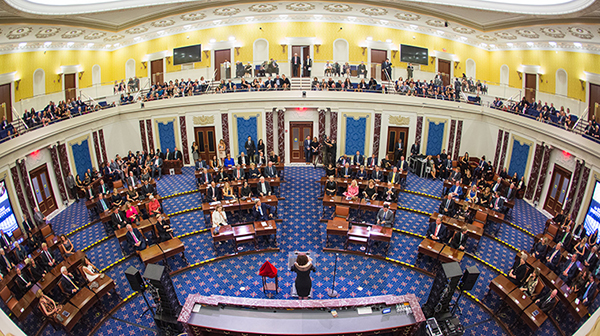 A reflection on Climate Change Communication

Written in  2020 for LSM3272: Global Change Biology module, after a screening of the documentary "Into the Wilderness" from the Planet Earth: The Future documentary series.

The most interesting aspect of the film “Into the Wilderness” to me is how interviews with different stakeholders are spliced together to provide contrasting opinions on the same subject. This highlights the divisive nature of the issue, as it still is since 2006, when the film was released. This leads me to my question after watching this film — How best can scientists communicate climate change to motivate climate action?
‍
Science has always been the objective search for truth. Climate change has become increasingly political and in the realm of politics, telling the objective truth is hardly ever principal when the goal is influence. Hence, the complexity of climate change invokes game theory for me. Natural scientists have already made it loud and clear that all nations stand to benefit from a healthy earth. All countries stand to reap the benefits of a healthy planet whether they help to mitigate climate change or not. Hence, the country that stands to gain the most are free-riders that do nothing to combat climate change while others fight the battle for them. Every nation intuitively understands this and relies on others to act first. Thus, no one does. This attitude is omnipresent in Singapore’s response to climate change, taking a defensive, nationalist approach to the issue through building defences against rising sea levels instead of actions to combat the causes of global warming such as rising carbon emissions. It seems that the truth uncovered by science is not enough to inspire concrete action.
‍
It is expected of politicians to prioritise their national interests. However, the threat of climate change is one of mankind’s existence. Should that not prompt us to put aside our differences and trust in science to work towards a solution? This frustration and exasperation reminds me of a question Jon Snow posed to Tyrion in the TV series ‘Game of Thrones’ : "How do I convince people who don't know me that an enemy they don't believe in is going to kill them all?". In an interview with the New York Times, George R. R. Martin draws parallels between his story and climate change, although created unintentionally (perhaps subconsciously). Martin understands that nations are involved in important issues. However, none of them can supersede climate change in  urgency if life as we know it is destroyed by climate change (much as how White Walkers in his story set out to destroy civilisation).
‍
In a bid for collective action against climate change via international cooperation, various governments created the Intergovernmental Panel on Climate Change (IPCC) as a joint initiative of the UN Environment Program and World Meteorological Organization. The IPCC published assessments of the changing climate via a scientific approach, detailing its implications and recommendations for adaptation and alleviation. They take on an advisory role and exist to establish a global consensus on the climate issue. IPCC frames the climate problem as an indisputable, existential crisis of utmost seriousness (IPCC 2014, pg 47). Backed by the UN, it has a certain level of authority but holds no real power over any nations to ensure accountability. Thirty years since its establishment, the IPCC can still only advise and warn nations obsessed with chasing short term economic goals.
‍
Science, while necessary, does not seem to create a significant motivation for climate action. Eriksson and Reischl agree that scientific consensus alone is insufficient to motivate climate action (p68). I posed this question to Professor Koh Lian Pin in a recent web seminar organised by NUS MEM. Prof Koh kindly provided his opinion that the Sciences should be seen as two facets - the natural sciences and the social sciences. Apart from the technical fixes that natural science proposes, we must take into account the human side of things and policies must factor in social, economic and cultural concerns. Prof Koh noted that there will always be different priorities in societies and trade-offs that result. Prof Koh’s Center for Nature-based Climate Solutions (CNCS) thus creates a hub for collaboration between researchers from NUS DBS, Geography, SDE, Law, LKY School of public policy, and more. This facilitates collaboration amongst the sciences, studying climate change while factoring an essential human element in the equation. Research from a humanity point of view could allow scientists to come up with solutions for a society, taking into consideration the different priorities.
‍
More must be done before nations take concrete actions together to combat climate change. Scientific knowledge serves an important role to inform and allow us to engineer sound solutions. However, neglecting human agency and lessons that the humanities have to offer may be the final blow.